Zafer Bikkenoglu sees first priority in the development of educational tourism at the Academy in Antalya. The university has developed and successfully implemented unique educational projects for schoolchildren, students and teachers.

The rector noted that the activity of educational tourism is leading for the Academy. Since 2009, students from different countries received education at the academy. Today, most students are representatives of Russia, Turkey and the CIS countries, including students from Africa, Asia (particularly Pakistan, India, Iran). The university is conducting work aimed at expanding the geography of students and the teaching staff of the university.

The governor welcomed the Academy’s endeavours in this direction and noted that he was ready to support the initiatives of the rector Zafer Bikkenoglu.

During the conversation with the governor, the rector of the Academy mentioned successfully implemented project – the Olympus summer camp for children. Over the last few years from June to September, it has been collecting the multinational composition of students at the Academy’s modern campus site. The camp program is very intense: children participate in creative contests, play sports, learn the basics of tourism and go camping, learn English and Turkish, swim, get acquainted with the sights of the Antalya coast and make new friends.

The geography of the participants of this project is expanding every year, and in 2020 the Academy is getting ready to host a group of children from Germany.

Zafer Bikkenoglu introduced Governor Munir Karaloglu another direction in the field of educational tourism – refresher training courses for university and college teachers organized by the Academy of Tourism. This practice was introduced recently – in 2018, but has already proved itself well. During the courses, teachers acquire new theoretical and practical knowledge, share experience with colleagues from different countries and spend great time on the Mediterranean coast.

Holding the 11th International Olympiad of Knowledge in Antalya, which has been taking place for 10 years during the school autumn holidays at the Academy of Tourism, was an important topic of the meeting. The uniqueness of this event is that schoolchildren and students from Russia, Turkey and the CIS countries have the opportunity to test their knowledge in 11 subjects at once, as well as make new friends and have fun on the Mediterranean coast.

The governor expressed confidence that this year the composition of the Olympiad will be expanded by Turkish schoolchildren, as in 2019 Turkey switched to a new training regime: two academic semesters replaced the quarters, and the holidays of Turkish schoolchildren now coincide with the Russian ones.

According to the rector of the Academy of Tourism, at least 800 people are expected to attend the event this year. The Governor of Antalya announced the initiative for the participation of the guests of the Olympiad in the march held on October 29 in Antalya and dedicated to the national holiday of Turkey – Republic Day.

Expanding the scope of cooperation

The governor offered Zafer Bikkenoglu the idea of ​​cooperation between the Academy of Tourism and one of the leading universities in Antalya – Bilim University, since the latter has many years of experience in teaching students from different countries, and the faculty members of this university include tutors from 19 countries.

During the meeting, the governor of Antalya telephoned the rector of the University of Bilim, Professor Ismail Yuksek and outlined a proposal for cooperation between universities. In future, the leaders of the Academy of Tourism and Bilim University will hold a business meeting where they will be able to discuss international projects in detail.

At the end of the meeting, Rector Zafer Bikkenoglu thanked the Governor of Antalya for his interest in the educational projects of the Academy of Tourism in Antalya and the support provided in their implementation. 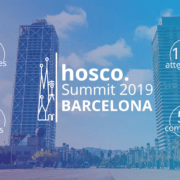 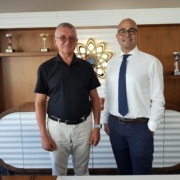 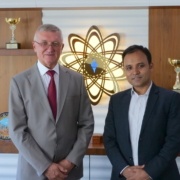 Meeting with the founder of the Global Academy of Tourism and Hospitality Education (GATE) Mr. Khem R. Lakai 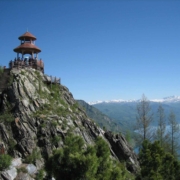 Visit of the Academy of Tourism management to Altayskiy kray 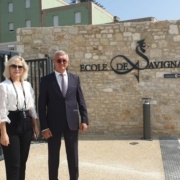 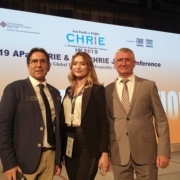 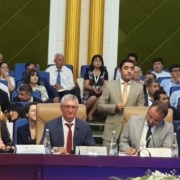 Follow us
Graduation party at the Academy of Tourism in Antalya

Discount for citizens of Kyrgyzstan, Uzbekistan, Ukraine and Tajikistan

Citizens of Kyrgyzstan, Uzbekistan, and Ukraine study at the Academy of Tourism in Antalya at a 10% discount. For citizens of Tajikistan, prices in euro is equal to the dollar.

Discounts Based on the Results of Admission Tests

Students who wish to receive a tuition discount may take admission tests in English and Math. Tests can be taken both in Antalya and online. The amount of the discount depends on the results of the tests.

The Academy of Tourism in Antalya announces a new special offer – “Pay now, study later”. School students can pay for tuition at the Academy at current prices, and study when they graduate from the 9th or 11th grade. At the same time, tuition prices are not recalculated regardless of the exchange rate or inflation rate. This promotion offers a 10% discount. The promotion is also valid for current students of the Academy when paying for all courses of study.

Preferential education from the Academy of Tourism in Antalya

In order to support talented school graduates with high academic performances, the Academy of Tourism in Antalya provides preferential tuition with a discount of 50%, as well as special discounts on accommodation in the student residence in Antalya. Graduates of schools and colleges who graduate from an educational institution with an average certificate of 4.5 or higher may be use the advantage of this program.

Under the terms of this program, students are offered employment opportunities from three to five years at the Academy of Tourism in Antalya.

The Academy of Tourism in Antalya is happy to welcome your students!

For this reason we invite them to get an education in following majors: “Hotel Management” and “Catering Management” (these majors are studied within the first two years of tuition), and “Economics in Tourism and Catering “(this major is studied during the last, 3rd year of tuition). Higher education only in 3 years is real!

For each student that you send to study at the Academy of Tourism in Antalya, you get a commission in the amount of 200-450 Euro, depending on the program, regardless of the results of the competition.

The Academy of Tourism in Antalya announces a contest for school and college teachers. A teacher or lecturer who sends the largest number of students to the Antalya Tourism Academy will get a free one week trip to Antalya.

To participate in the contest, you need to request information about the Academy programs, price lists and promotional products. Contestants can get consults on the programs and conditions of admission from the professional staff of the Academy.

Contest results are announced in November.

Gather a group of 10 friends and study for free!

Gather a group of 10 friends, get admitted to the Academy together, and study for free! Take part in the promotion and get a high-quality education and a prestigious profession along with having a great time with your friends on the Mediterranean coast!

Each student of the Academy of Tourism in Antalya can get a discount in tuition fees! Many of them have already received their discounts. We are waiting for you too!

Getting your education at the Academy of Tourism in Antalya means:

Discounts for Participants of Creative Projects

Under the auspices of the Youth Tourism Initiatives Support and Implementation Program, the International Academy of Tourism in Antalya has announced “Development of Tourism in the Modern World: History and Prospects” Project Contest. Students of schools and colleges from Europe, the CIS, Russia, Africa and Asia at the ages from 13 to 27 are invited to participate in the contest.

If you want to get an education in the field of tourism and hospitality in the Republic of Turkey, expand your horizons through the visualization of the historical and cultural heritage of different countries and become a part of an exciting event, this project is waiting for you.

Innovative, non-standard, relevant and self-sufficient Projects that consider regional specifics are encouraged to participate in the Contest. You are expected to have a creative vision of problems of the tourism market, innovative suggestions and catchy ideas in the field of regional tourism.

The contestants who do not win, but submit innovative projects, are entitled to study at the International College of Tourism in Antalya at a reduced price.

Such projects promote positive experience in the field of tourism and create supportive conditions for implementation of youth touristic initiatives.

To participate in the contest, send a letter with the subject “Creative Competition” to info@antcol.ru.

Do not miss the chance to study for FREE at the Academy of Tourism in Antalya!

Applicants whose certificate or diploma grade point average is 5, may be admitted to the Academy of Tourism in Antalya without admission tests a provided with discounts of up to 15%.

Discounts for Participants of “International Olympiad of Knowledge in Antalya” Contest

The main goal of the international Olympiad is supporting active and talented youth, exchanging ideas, experience and cooperation between school and college students and teachers from different countries.

Winners and participants of the Olympiad are entitled to get preferential education at the Academy of Tourism in Antalya.

The applicants to the Academy of Tourism in Antalya have a unique opportunity to receive a € 300-500 discount for tuition, depending on the program.

Submit all the documents, pay for tuition before May 1, 2020 and get a discount! Do not miss the chance to get a quality education at the most popular resort! Make your choice now!

For each friend who applies for admission to the International Academy of Tourism in Antalya, you receive a 300 Euro discount in cash or as a discount for study. The more friends you bring, the bigger discount you get! All additional accumulated discounts are combined and transferred to the next year of study or used as payment for educational materials. The special “Bring a friend” offer is valid all through the year.

Take advantage of our offer and get a high-quality education and a prestigious profession, along with having a great time with your friends on the Mediterranean coast!

Each student of the Academy of Tourism in Antalya can get a discount on tuition fees! Many of them have already received their discounts. We are waiting for you too!

The contest for the Academy of Tourism in Antalya Full Scholarship is the only contest where absolutely everyone has a chance to win, because:

We use cookies to provide you with the best experience on our website. By continuing to use our site, you give your consent to this.OkПолитика конфиденциальности